if you’re a mastodon user on tilde.zone (the tildeverse mastodon instance), you might’ve noticed some downtime recently.

here’s a quick recap of what went down during the upgrade process.

changing git's default branch name has come up recently as an easy action we can take to update our language and remove harmful ideas from our daily usage.

i'm concerned that this effort to change the language used is ultimately a symbolic gesture to avoid scrutiny into actual change (notably github's push for this change and continued contracts with ICE).

however, it's an easy change to make.

let's have a look at how to change it for new repos:

note that you can put this template dir anywhere you like.

you can also set this system-wide (not just for your user) in /usr/share, but note that this might get overriden by package updates.

the next time you git init, you'll be on a branch named main.

to change an existing repo, you can use the -m switch of git-branch:

push with -u to your remote if needed and update the default branch in the repo settings in the hosting platform of choice.

it's a relatively easy change, but don't kid yourself that it makes any real impact. go protest, donate and sign petitions, and get out there to fix the actual problems.

inspired by tomasino's recent post, i'd like to detail some of the stuff that i rent and use.

it's been quite a long time since i posted anything here on this blog.

i've been playing with gruvbox-css, decided to switch my blog to use it and finally realized it's been almost a year since i posted anything at all.

i don't have anything in particular to post today so i figured it would be good to give a general update since the last time i posted.

i've recently been working on setting up drone ci on the tilde.team machine. however, there's been something strange going on with the networking on there.

last week i did some maintenance on the tilde.team box. probably should have written about it sooner but i didn't make time for it until now.

so you decided to switch from irssi to weechat?

what options do you need to set? what plugins? what scripts?

i'll go over some of the most essential of these, and share my full configs.

after the fiasco earlier this week, i've been taking steps to minimize the impact if tilde.team were to go down. it's still a large spof (single-point-of-failure), but i'm reasonably certain that at least the irc net will remain up and functional in the event of another outage.

i awoke, not suspecting anything to be amiss. as soon as i logged in to check my email and irc mentions, it became clear.

tilde.team was at the least inaccessible, and at the worst, down completely. according the message in my inbox, there hade been an attempted "attack" from my IP.

i just got back from a 10-day backpacking trip to italy and i'd like to share some of the photos i took!

this is the roman forum (with colosseum in the background) as seen from the palatine. 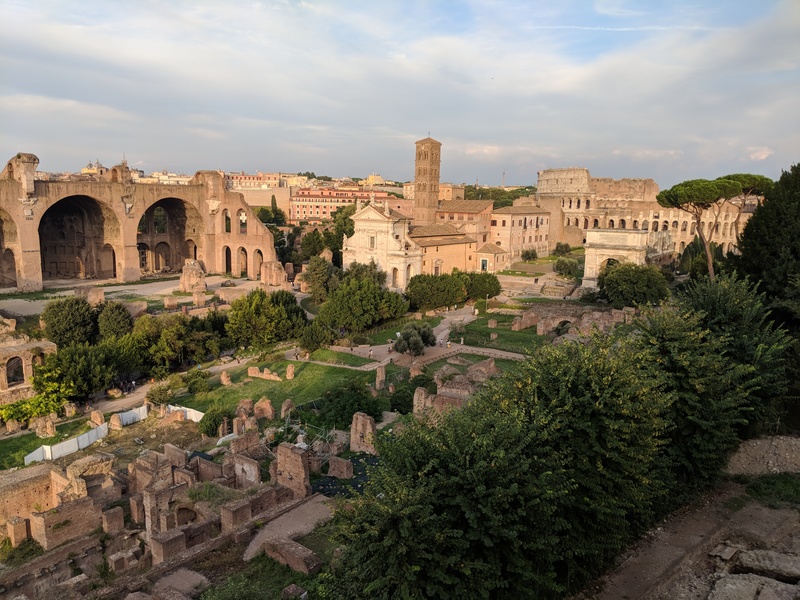